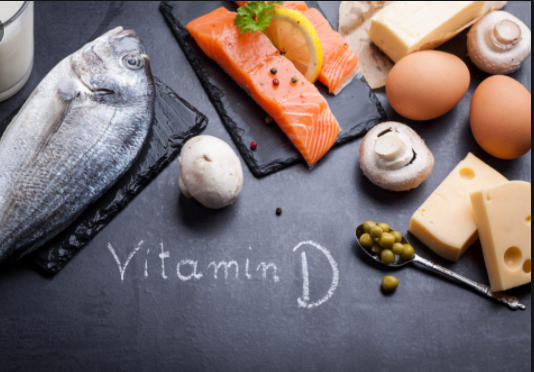 Perhaps surprisingly in a country like ours, where we have many hours of daily sunshine, the only vitamin that the general population is vitamin deficiencies sample D. This constitutes a public health problem since the lack of vitamin D can affect our muscular health, the quality of our sleep or the lack of calcium, among other things.

New research published in The Journal of Clinical Endocrinology & Metabolism finds that people with better vitamin D levels have a lower risk of death from all causes, including cancer or cardiovascular problems.

For this research, they had almost 400,000 participants who underwent measurement of 25-hydroxyvitamin D levels and who were followed for an average of almost 9 years. These participants had no history of cancer, diabetes, or cardiovascular problems at the beginning of the study

What are Women’s Sources of Vitamin D in Our Diet?

Of course, we all know that exposure – controlled and safe – to the sun helps us to obtain vitamin D. But the reality is that deficiencies tend to occur due to a low nutritional contribution of it. In other words, we do not consume enough vitamin D through our diet and the solar hours do not compensate for it. These are some of the foods with more vitamin D and how we can include them in our diet.

Oily fish is, in general, the food with the highest presence of vitamin D. Especially fish such as herring, salmon, sardines, or anchovies. Both in salads, as in soups or sauces, we can include these fish in our diet. In addition, we can consume them in papillote or pickled.

All dairy is a good source of vitamin D, but especially milk and cheese, both whole and skimmed. The advantage of these foods is that they are very versatile and, in addition to being able to eat them by themselves, they allow us to include them in many other recipes such as desserts, salads, breakfasts, etc.

One of the most recognized vitamin D foods is eggs. Specifically, the yolk would be part of the egg with the most amount of this vitamin. As with dairy, we can consume them by themselves, but we can also include them in other dishes such as frittata, pancakes, empanadas, tortillas, salads, or bread.

Oysters are not to everyone’s taste, but the reality is that they can be an excellent source of vitamin D. Other shellfish can also serve us, but they would be the ones that offer us the most. Both alone and in soup, accompanying other foods such as pasta or in a sauce, they are an option to consider.

In the case of foods of plant origin, fungi and mushrooms are some of the ones that have the most vitamin D without the need to be fortified.