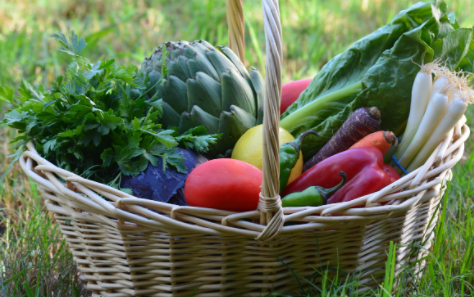 The addictive mechanism is the main responsible for overeating and, therefore, weight. The best way out of this game is to give up ‘rich foods’, especially artificial ones, that is, processed foods and sweets. It is also important to combat stress, because it amplifies the need for the reward system, and to avoid starving by not eating enough.

For nutritionists, food and diet are synonymous. That is why we define the ideal diet or diet as one that optimizes health and longevity, preventing nutrient deficiencies and reducing risks of diet-related diseases, consisting of safe and pleasant meals.

Living in the westernized world, subjected to a globalized diet, has been leading us away from that line. For that reason, today we have to diet, but not with the concept of nutritionists, but with the feeling they produce: ‘not eating what we would like to eat’.

The urge to eat originates from a complex system whose headquarters resides in the deepest and oldest part of the nervous system and which is connected to distant organs and tissues, the digestive tract, and various other structures that inform it of the state of the nervous system. energy reserves, whether or not we have eaten, whether we are in an interval between meals, etc. This system is known as the homeostatic food system and responds, more or less strictly, to the real needs of the body.

On the other hand, what we would like to eat, more linked to the concept of appetite than hunger, is generally distinguished because it is our favorite foods or those that are eaten despite having reached satiety.

This regulatory system does not respond to strict energy needs but to the satisfaction of a reward system called a non-homeostatic diet regulation system.

As a relevant fact of this system is that internal marijuana and opium participate in its operation, produced by the body itself and known as the cannabinoid and opioid systems, respectively. It is these systems that, when activated by certain foods, make them seem richer and are the preferred ones.
This regulation system is manifested by different sensations from classical hunger, such as anxiety, nervousness, insomnia, or other alterations in the emotional or psychological area that are resolved by eating.

Of course, the opioid system is not interested in how many calories are to be paid, but in restoring its balance so that its owner can regain peace and tranquility.
If this looks like an addictive process, the answer is yes, because in reality it is and for millions of years it has been working to protect the species from food shortages: only now we do not suffer from shortages due to low prices and low prices. the large distribution of industrialized food.

The addictive mechanism is the main responsible for overeating and, therefore, weight. For this reason, many people feel that they eat out of anxiety, but this anxiety is generated by the reward system that is demanding food to stay in peace.

The best way out of this game is to give up ‘rich foods’, especially artificial ones, that is, processed foods and sweets. These foods are those that provide more than 70% of the calories on Argentine tables. It is also important to combat stress, because it amplifies the need for the reward system, and to avoid starving by not eating enough (non-addictive foods should be eaten).

On this basis we work in SAOTA (Argentine Society of Obesity and Eating Disorders) making two fundamental recommendations: do not go hungry and do not eat without hunger. This strategy is aimed at treating the individual and hunger.

We call it the hunter-gatherer diet or the Paleolithic diet because it is designed based on what nature offered to humans before the industrial production of food. The only exception to this model is the addition of some dairy to provide the calcium that the Paleolithic obtained from currently unavailable sources.

The Paleolithic food model contains fewer carbohydrates than those recommended by the classical literature, which is why we say that it is reduced in carbohydrates. However, it must be distinguished from others, such as Atkins, which is poorer in carbohydrates and richer in animal fats; and that of Montignac, richer in carbohydrates, dairy products, oils, and which includes wine. Their characteristics and differences can be seen in the table.

Sometimes these diets have been called ‘protein’ when in reality they do not deserve this qualification, which for some sectors has an unjustified negative connotation since it has not been shown that proteins can harm people without special health problems.

First, because it depends on which one is being compared (Eskimos tend to eat much more protein) and because in general the increase in protein consumption, if it occurs, hardly justifies this denomination.

Different is the modified protein fasting diet (composed of meat, fish, some milk, and eggs), which practically only provides protein. However, the amount of protein is not very high either.

Diets aimed at treating excess fat are classified, according to the calories they provide, as:

Very low energy diets should only be considered after failure of conventional diets or in special situations requiring urgent weight loss. They should be done under medical supervision and with electrocardiographic monitoring if they last more than three months.

They are contraindicated if there are collagen diseases, complex cardiac arrhythmias, tumors, kidney failure, gout, severe depression, bulimia, or other eating disorders, in childhood, pregnancy, lactation, and old age.

The energy deficit caused by any of these diets should produce a weight loss of between 0.5 and 1% of body weight per week. Greater losses are generally made by consuming more muscle mass. Ideally, the return path should respect the same proportions as the weight gain path, which consists of 25% muscle and 75% fat.

It is difficult to predict which type of diet may be the safest, most effective, and acceptable. Presumably, the diet that the patient prefers is the one that arises spontaneously, but that is precisely the one that has led to obesity.

Some people are more accepting of exactly specified diets, while others find those that provide greater flexibility more convenient.

For some, the problem is hunger, for others the exclusion of certain foods. Some prefer a monotonous diet and for others this option is intolerable. For these reasons, the diet must be based on tastes, possibilities, social circumstances, and realistic and adequate weight objectives.