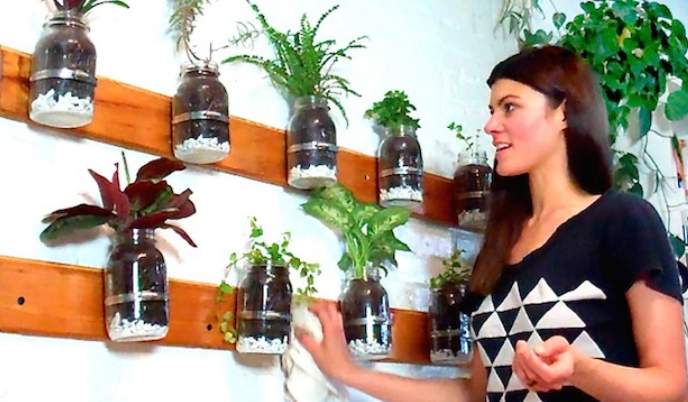 The herbs and spices are natural flavorings used in the cooking and food industry, to preserve or enhance the flavor of dishes, drinks. Aromatic herbs are usually the fragrant leaves of some plant or tree, while the term spice is usually applied to the hard parts such as seeds, barks, or roots of plants native to the tropical regions of Asia and in the Mollusk Islands in Indonesia.

In addition to being used as a means of preserving and enhancing the flavor of foods, spices, and aromatic herbs in general, they have been important tools of medicine and, sometimes, magic. Before the generalization of industrially manufactured medicines, herbal remedies were often prescribed, many of them effective, which have been rediscovered and used today.

What best reflects the enormous value attributed to spices is the economic boom that the Middle East enjoyed already before 2000 BC, spurred by the lucrative trade in cinnamon, senna, and pepper (black pepper, originally from India, has been Long considered the most important spice in the world.

With the use and passage of time, the tasty benefits of using spices have been discovered: with them we manage, for example, to prolong the conservation of preparations, improve digestive processes and enhance the appearance, aroma, and flavor of food.

Garlic – Gives dishes a pungent flavor and intense aroma. It is very common in
Mediterranean cuisine. It is an excellent bactericide and purifier of the intestines and blood. Its uses are very varied. Fish, meat, soups, rice, salads, sauces, potatoes, mushrooms, cheeses, prawns

Basil – Its leaves extract its delicious, fresh and delicate flavor. Both fresh and dry, it complements very well with recipes where the tomato takes center stage, as is often the case in Mediterranean cuisine. Salads, sauces, ragouts, pesto, pizzas, cheese, soups, vegetables

Anise – Known since ancient times, its seed has traditionally been used to make liqueurs. Desserts, cakes, cakes, and pastry products are also enriched with this spice. Its leaves, when fresh, give a special aroma to meats. In addition, anise helps you reduce the formation of gases and facilitate their expulsion. Infusions, soups, gingerbread, liqueurs

Saffron – Commonly not very affordable due to its scarce supply and complicated production process (only the stigmas are collected), saffron is sold in powder or threads. It is a well-known condiment for being the cause of the flavor and especially the color in paellas, rice, meat, and seafood.

Cinnamon – Derived from the dried bark of cinnamon and is used primarily to make desserts and drinks. For example, traditional custard or rice pudding is not conceived without cinnamon as a fundamental ingredient, although many cooks already include it to season savory dishes, especially meat and rice. In addition, it has historically been given aphrodisiac and digestive properties. It is used both as a branch and as a powder.

Cardamom – Despite being one of the most expensive spices together with saffron and vanilla, its nuts appear in the preparation of numerous pastry products, desserts, recipes with meat, and some drinks and liqueurs. It is essential in Asian cuisine, especially since it is one of the ingredients in curry. Also, the infusion of this spice is very digestive.

Clove – We turn to it for strong flavors. The cocoons, whole or ground, are present in recipes made with meat, fish, and seafood, as well as sweets, stews, and drinks. Painkillers are extracted from cloves, therefore their excessive use in a dish can cause the tongue to sleep and avoid feeling the flavors well

Chives – The leaves are used fresh, dried, or frozen. It is characterized by a mild onion flavor and is mainly used in salads, soups, and vegetable dishes, as well as for culinary decoration. But also in creams, cheese sauces and French remoulade sauce, and even to make flavored butter and oils.

Cumin – Along with bay leaf and parsley, it is part of the spices whose proper use facilitates digestive processes. Cumin seed is typical of the cuisine of the Middle East and the Mediterranean Basin and is the main ingredient in couscous.

Curry – It is a powder composed of at least twenty different spices (cinnamon, cloves, ginger, red pepper, paprika). Despite being typical of the culinary tradition of India and the Far East, it has become very popular in the West for its spicy and vigorous flavor for any dish, especially for meat and rice.

Dill – Seasoning from the parsley family, noted for its affinity with fish, as well as its ability to enhance the flavor of eggs, salads, sauces, and soups. Very common in the Nordic countries, where they know well about fish. Its leaves are much richer fresh and, since they lose flavor when cooked, it is advisable to add them to the dish shortly before serving. Marinades, sauces, cakes, fish, soups, rice, rye bread, canned salmon and herring, potatoes, salads, eggs, pickles

Tarragon – Despite being a very rich flavor, it must be used with subtlety, as it has a distinctive touch that will be very present in any dish. It usually appears in sauces and vinaigrettes, as well as prepared with chicken, duck, or liver. It will be a peculiar flavor, as it is the main ingredient of fine herbs. Salads, vinaigrettes, sauces, fish, meat, seafood, pickles, mushrooms, broths, bread, vegetables

Fennel – In this aromatic herb, the whole seeds would be used. These have a brownish-green color and a flavor similar to anise. They are used for tomato sauces, sausages, and pastries. But also in dishes of vegetables, eggs, and stuffed and grilled fish.

Ginger – A frequent condiment in Asian cuisine as well as in the preparation of alcohol-free beverages. From it, stomach cares are given off and it fights nausea and dizziness. It is also present in bread, cakes, and cookies for its flavor between spicy and bitter. Cookies, pasta, fish, rice, meats, legumes, infusions

Laurel – Its dark green leaves, pungent aroma, and medium flavor both dry and fresh would be used in cooking. It is considered one of the most important spices in our kitchen and it would be used for dishes such as paellas, stews, fish broths, as well as for cooking seafood. Also to flavor game meats, legumes, and vegetables.

Nutmeg – This fruit with a sweet, fragrant, and mild aroma is used in cooking as a whole or ground. Widely used in Asian cuisine and highly valued in European cuisine, where it accompanies other spices with a stronger flavor. Its use would be in mashed potatoes, sauces such as curries and bechamel, vegetable creams, meat roasts, and in pastries in a large number of sweets such as fruit tarts and punches.

Parsley – It is the most used spice for its fresh or dry leaves with a delicate and slightly sweet flavor. It is used in practically all dishes of Roman and Andalusian origin. Mainly sauces such as green sauce, vinaigrettes, marinades for meat and fish, omelets, stews, and salads.

Pepper – It is used whole in grains or ground. Three varieties are mainly used, white, black, and green, giving a pungent aroma to all kinds of sweet and savory preparations. Among them, we highlight meat and fish dishes, sausages, marinades, game stews, and even tomato juice. Especially white pepper stands out in sauces such as bechamel and combined with clams and razor clams, while Sichuan pepper combines perfectly with foie. Contrary to what one might think, it does not kill flavors but rather enhances them, hence it is also widely used in pastry, adding it to chocolate preparations, for example.

Paprika – Here we find two varieties, sweet and spicy, both are used in the form of ground powder. Sweet paprika comes from dried and ground red pepper, with a medium flavor and smoky aroma, it is mainly used for rice dishes, potatoes, stews, and sauces. Hot paprika is made from dried and ground hot peppers, with a more pungent aroma and darker color, it is used in a similar way to sweet paprika but in less quantity.

Rosemary – Its leaves with an aroma similar to pine are used, whole or chopped. It has a strong and astringent aroma and is usually accompanied by other aromatic herbs. Its uses mainly for stews and roasts of meat, oils, cheeses, and wines but also as part of the marinade for game and lamb. But above all, in dishes that contain a large amount of fat