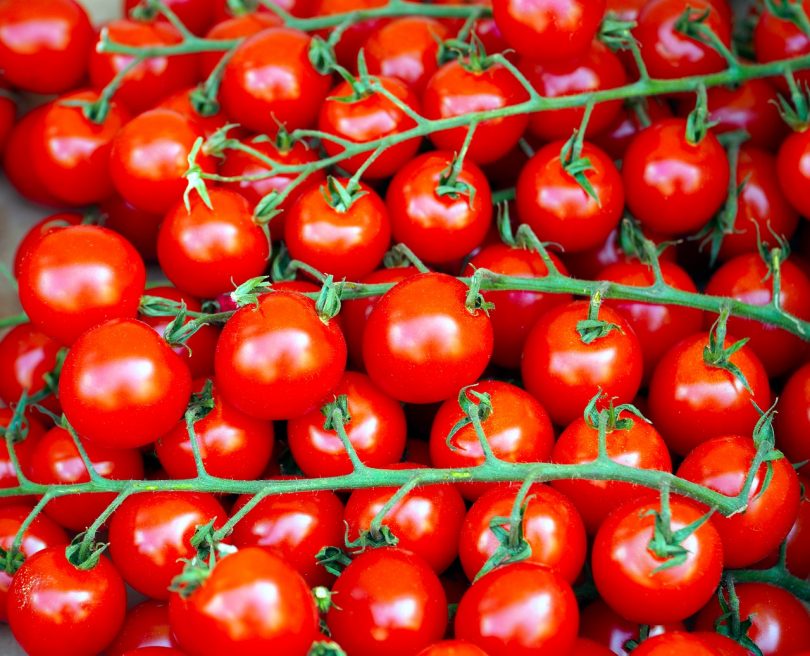 In Hérault, southern France, a farmer named Pascal Pott has developed a new method that has allowed him to grow 400 varieties of organic tomatoes without watering or using pesticides.
When his new invention was revealed, Pascal was accused of insanity, but today he has inspired top agricultural researchers and scientists around the world after they held on to him. pay a visit to find out his secret and the truth of what he claims.
Pascal Pot has been an organic seed producer for 20 years, working on his 3-hectare plot of land at Olmette in the southern town of Hérault, and has built a warehouse of organic tomato seeds which he developed himself as well as other ancient plant varieties.

In this very dry climate and these gravelly soils, Pascal grows organic tomatoes, and what distinguishes him from other farmers is that he does not water these fruits which generally require a lot of water. He also does not use any fertilizers or pesticides in his cultivation. Each plant in his field produces up to 25 kilograms of tomatoes, which makes his theory intriguing.

Pascal based his research mainly on the theory of weeds growing alone in his field without any care on his part, as he said in his television interviews through French and foreign media, “I wonder why farmers and gardeners work and make a great effort to grow vegetables on their land while weeds grow easily without them Requiring no care, they are even difficult to eliminate From this observation, Pascal has developed a method that allows him to today makes it possible to grow tomatoes without watering or using pesticides.
Theory: Training vegetables to teach them to defend themselves
“Everyone tries to grow vegetables as protected as possible, but on my farm I try to encourage these vegetables to defend themselves, and I myself have worked to develop tomato seeds so that they can withstand drought and disease,” explains Pascal.

This method allowed him to obtain more production than the traditional method used by other farmers.
“My farming neighbors thought I was crazy when I told them my theory, but after a while, they noticed that my production was much more abundant and better than theirs, and so the news of my theory began to spread in the public until it reached the media and thus attracted the attention of researchers in the field of agriculture.”
Today, the farmer works alongside researchers and presents his discovery in agricultural engineering schools.
Pascal is illegally selling organic tomato seeds that he developed himself, as they are not yet listed as licensed vegetable seeds. Most of its customers are multinationals that manufacture organic products. Its products are also in high demand in the French and African markets.
To obtain official recognition of the license of his seeds, Pascal promotes his theory in official institutions and organized workshops for professional and novice growers.
“I understand better how a plant grows,” explains Sébastien, who took part in a workshop. “The plant should be watered only when it is first planted in the ground, and then left to cope with drought and disease on its own. All you have to do is trust nature After three years harvest, the plants get used to the difficult conditions and so the seeds give rise to resistant plants, which their parents have left a mark in their genetic code.