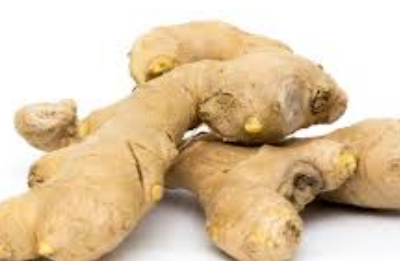 From the arrival of the cold in autumn until the temperatures warm up, colds also arrive. There is a natural remedy from eastern cultures that works wonderfully to relieve your symptoms: ginger.

Its strong and characteristic flavor (similar to its aroma) allows it to be quickly identified if we use it in one of our dishes, that is why it is recommended to use it in small quantities, as it has a certain spicy taste (a sensation of heat in the mouth).

It is a perennial plant, native to Asia, of the Zingiberaceae family that can grow up to two meters high, whose rhizome has been used since ancient times for its culinary and medicinal properties. Its use is common and popular in Hindu, Indonesian and Japanese cultures.

Its medical use is mentioned in the oldest herbal treatise in China, (Pen Tsao Ching 3000 ane) Confucius detailed its multiple benefits for the body, following the Chinese medical philosophy that considers disease as an effect of the alteration of the natural balance: “If the leaf is sick, don’t cure the leaf, if not the root.” And at the same time, he was known in Egypt, Greece, and Rome. The Greeks, after a copious meal, drank ginger wrapped in bread. In Roman Alexandria, it appears as a product subject to customs tax on merchandise from the Red Sea. In the Middle Ages, it reached Germany and France. In the England of Henry VIII, the king himself sent a recipe with ginger to the mayor of London as a remedy for the plague that was ravaging the city. Hence the popular “ginger ale” drink water, ginger, sugar, and lemon. The Portuguese introduced it to Africa and the Castilians to the Antilles. D. Francisco de Mendoza successfully introduced its cultivation in Mexico, along with cloves and pepper. Ginger arrives in Spain recommended for use in stews and as a stomach remedy.

Within its nutritional composition, it stands out for being a low-calorie food and its components include carbohydrates (50%), amino acids (it contains a large proportion of those essential amino acids that the human body is not capable of manufacturing itself), fats (6%, among them unsaturated in nature), fiber (remember that it is root), vitamins (it stands out in vitamin C), minerals (aluminum, boron, chromium, cobalt, manganese, phosphorus, silicon, zinc), flavonoids like quercetin, oxalic acid, and curcumin.

But its special relevance is not found in its nutrients, but in its micronutrients or phytochemicals, such as shoals, gingerols, and essential oils, which we will explain in detail below, all of them related to their beneficial effect on health.

Its properties include those related to the respiratory system, but it also has an effect on the circulatory system and the digestive system, as an antibiotic, against pain and antivomitive:

In general, it has an antithrombotic and cholesterol-lowering effect (helps lower cholesterol). These two effects, in short, help a greater fluidity of the blood in our circulatory system, which is why we will have different cardioprotective effects: heart diseases, circulatory limbs, regeneration of tissues damaged by freezing, and greater blood flow to our brain.

Now that we know its benefits … How to consume it?